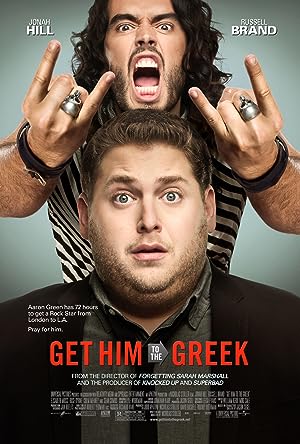 English rock star Aldous Snow relapses into drugs and booze after a break up and a disastrous record. In L.A., Aaron Green works for a record company stuck in recession. Aaron’s boss gives him a career making task – to bring Aldous from London to L.A. for a concert in 72 hours. That day, Aaron’s girlfriend Daphne tells him she wants to finish her medical residency in Seattle. Aaron’s sure this ends their relationship. In London, things aren’t much better: Aldous delays their departure several times, plies Aaron with vices, and alternates between bad behavior and trenchant observations. Can Aaron moderate Aldous’s substance abuse and get him to the Greek? What about Daphne?